The odds of a bright, speckled calico lobster sit at one in 30 million. And now you can meet one of them at the Virginia Living Museum.

“Freckles” the calico lobster was saved from the dinner table at a Red Lobster restaurant in Manassas, Va. He likely got his orange and black spots due to a genetic mutation in his pigmentation. Lobsters colored with this calico pattern rarely survive in the wild, experts say, because their bright color makes them vulnerable to predators.

Freckles managed to evade such enemies until the ultimate predator, a lobster fisherman, caught him. Thankfully a Red Lobster employee thought he was worth saving and the Virginia Living Museum in Newport News was happy to give him a new home.

After Red Lobster announced the discovery and their subsequent donation to the museum in early May, Freckles had to go into quarantine before joining the lobster exhibit. Now he’s on display for visitors to the museum to see along with other undersea creatures in the World of Darkness Gallery.

The Virginia Living Museum shared this video of Freckles in his new exhibit, playing with an enrichment toy:

Certainly, Freckles has met a better fate than if he’d remained at Red Lobster.

Surprisingly, another one of these ultra-rare patterned lobster turned up in the Chesapeake Bay region just two-and-a-half years ago. A Silver Spring, Md. seafood seller received one, later nicknamed “Eve”, in a shipment from Maine.

The only coloration of lobster that is more rare than a calico or two-toned lobster is the albino lobster, sometimes called a ghost lobster. The odds of finding this pale apparition are about one in 100 million, according to the University of Maine Lobster Institute.

The “Super Blood Wolf Moon” doesn’t just have a sensational name. It is also sensational 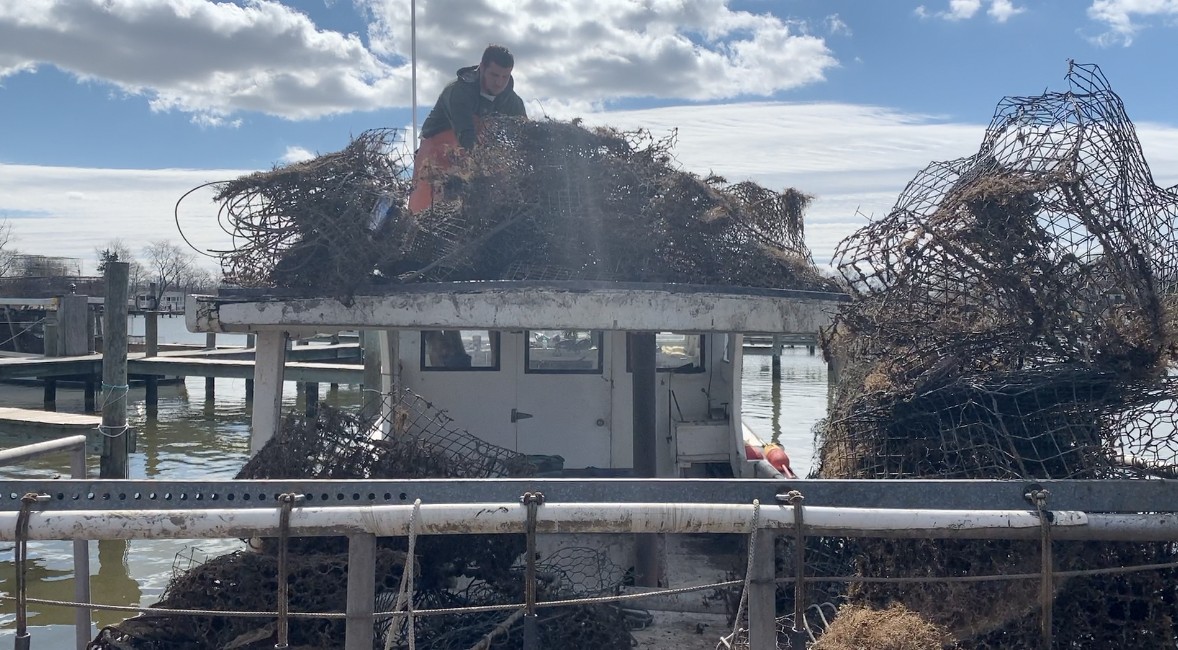 It’s the wrong time of year for a bushel of Chesapeake blue crabs, but watermen