A rite of summer celebrates its 40th year. On Monday the Coast Guard set the Francis Scott Key memorial buoy in the Patapsco River.

It’s a patriotic landmark that reminds boaters that we’re in the midst of national history on Baltimore waterways. The star-spangled buoy is freshly painted and placed at the approximate spot (between Fort McHenry and the Key Bridge) where Francis Scott Key wrote the country’s National Anthem.

The crew of the Coast Guard Cutter James Rankin sets the buoy every summer and removes it just before winter. It’s been an attraction for boaters for decades. And in the USCG video below, you can see the machinery and teamwork involved in setting the buoy:

Francis Scott Key was famously inspired to write the poem that became “The Star-Spangled Banner” while trying to facilitate the release of a prisoner being held on a British ship during the bombardment on Fort McHenry in 1814.

“Our crew is proud to carry on this annual Coast Guard tradition in commissioning the Francis Scott Key Memorial Buoy,”  said Lt. Justin Strassfield, commanding officer of the James Rankin. “The operation allows us to reflect on the distinctly American spirit of resiliency.” 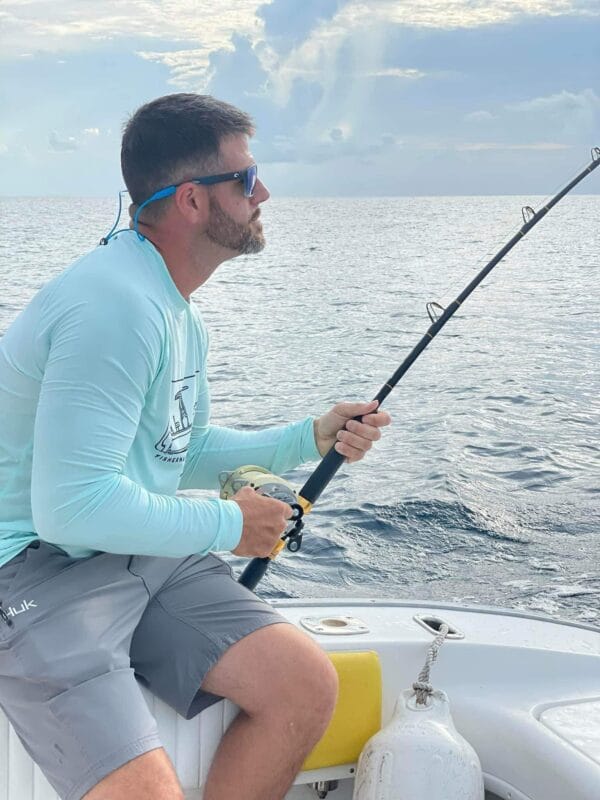 A week after avid angler and family man Ernie Sigmon, 44, disappeared from his center-console

Flooding is a known nuisance in downtown Annapolis and other Bay communities. Now, Stanford University