The deadly collision between a leading Volvo Ocean Race boat and a commercial fishing boat in Hong Kong has sent shock waves through the sailboat racing community.

Vestas 11th Hour Racing Team and the fishing boat collided in the dark, throwing all ten of the crew members aboard the fishing boat into the water and killing one of them. It happened in the early-morning hours of Saturday, January 20, 30 miles before the finish of Leg 4 in Hong Kong. The Vestas team was in second place, reportedly going about 20 knots, when the crash happened. No one on the race boat was hurt, and despite a large gash in its hull, the boat was able to get to port under its own power.

The Volvo Ocean Race says Vestas immediately made a mayday call for the fishing boat, and helped in the search and rescue mission for the fishermen. Dongfeng Race Team, the closest boat at the time, offered to divert in order to help, but weren’t needed. Later, Race Control did ask Team AzkoNobel to stand by in case the Vestas crew needed help. When it was clear that they didn’t need assistance, AzkoNobel finished the leg.

Phil Lawrence, race director of the Volvo Ocean Race, said of the crash, “A man lost his life, tragically, after an incident with one of our race boats. We offer our deepest condolences to his loved ones and family. We are relieved that the nine other mariners on board were rescued and initial reports have them in good condition.”

Hong Kong is among the world’s busiest ports, and some critics now say it should never have been used as the finish line of a Volvo Ocean Race leg. They argue that to ask 65-foot-long racing boats to weave through local traffic in the middle of the night at high speed is unrealistic.

But others are slower to criticize, like Chesapeake Bay Magazine’s editor-in-chief, Joe Evans, also an experienced racer:

“The tragic Volvo Race accident is just that—a tragedy. It seems to me that it’s not right to lay blame while details of the event are yet to come…Whether fishing or racing, we understand that there’s substantial risk at sea. We accept that by the very act of stepping onboard. I’m not going to be an armchair sailor speculating or rendering judgment on those involved any more than I would venture to tell Joe Flacco what he should have done to win the game. It’s tragic. That’s all.”

The questions that remain to be answered include, Did the fishing boat have proper nighttime running lights? And, How could this tragedy have been avoided?

Race officials say they and the Vestas crew are working with Hong Kong Police and the Maritime Authority in the investigation. 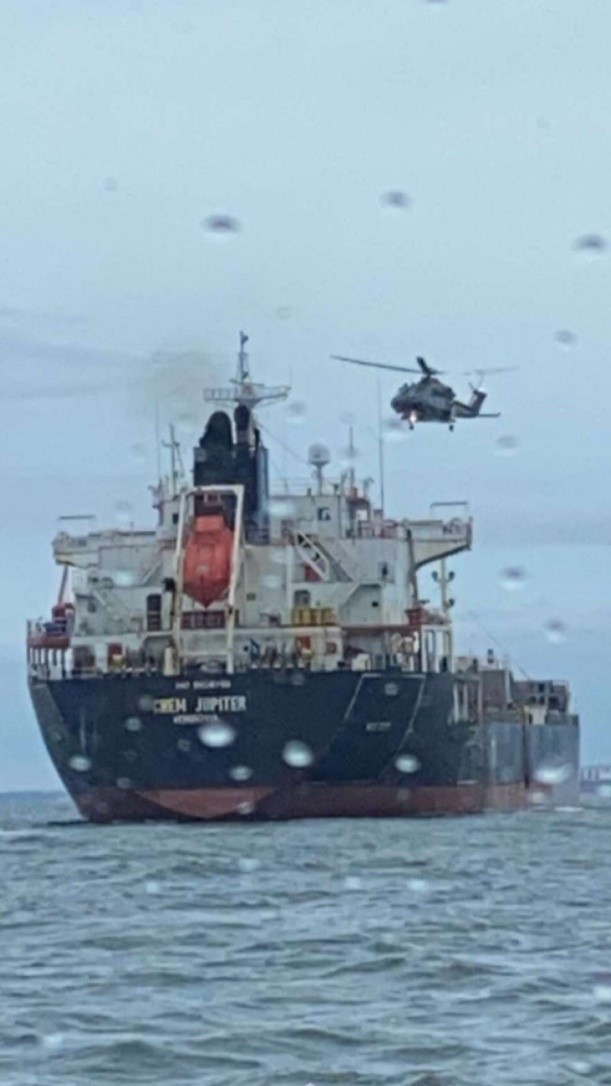 Crewmember Airlifted from Tanker on Bay near Kent Island

A tricky rescue unfolded on the Chesapeake Bay near Kent Island last week, as Maryland