You won’t see the Chinese mitten crab’s mugshot on a milk carton, but researchers want you to keep an eye out for it anyway.

The mitten crab (Eriorcheir sinensis) gets its name from claws that appear to be clothed in algae. Like dozens of other species that have made their way into the Chesapeake Bay via ballast water or other methods of human introduction, the mitten crab is considered an invasive species earmarked for eradication.

But a renewed campaign to report sightings of the crab this summer isn’t geared at counting their abundance. Instead, scientists are asking the public to help confirm what they are beginning to suspect: that this species has disappeared from the Bay altogether — and possibly from the East and West coasts, too.

From Maryland to Connecticut, more than 150 sightings of Chinese mitten crabs were reported after a fisherman caught the first specimen in the Maryland portion of the Chesapeake Bay in 2005. But no one has reported catching or seeing a Chinese mitten crab on the East Coast since 2014.

The species is known to have boom-and-bust population cycles, but scientists say that four years is a long time for such a prolific invader to hide its beady-eyed face.

“This is the mystery we’re trying to solve,” said Gregory Ruiz, a senior scientist at the Smithsonian Environmental Research Center in Edgewater, MD, where he runs a marine invasions lab. “It would be very unusual to have a crab or marine invader that was so abundant go extinct.”

Unlike the Bay’s native blue crab, young mitten crabs prefer low-salinity water, so experts say the animals could lurk in riverbanks up to 50 miles inland from the Bay. Mitten crabs are also catadromous, meaning they migrate from brackish portions of rivers into saltwater environments to reproduce — the opposite direction of anadromous fish species such as striped bass and American shad.

The mitten crab’s cute name belies its disturbing potential impact on local ecosystems and economies. They are voracious eaters of aquatic plants, algae and fish eggs that can displace local species.

Native to the East Coast of China and Korea, the mitten crab made the leap to Europe decades ago and has been spreading its territory there since the 1970s.

The palm-sized crab features long legs for walking sideways across land or along the riverbanks where it creates a home by burrowing holes. During its population booms in Britain, high concentrations of these holes have made the banks less stable in some areas and resulted in flooding.

On the West Coast, where the crab was first spotted in 1992, an outbreak of the local population by the end of the decade saw mitten crabs clogging water intake pipes along the coast as they made makeshift homes in infrastructure. The crab was abundant in the San Francisco Bay by the late 1990s, boring as many as 30 holes per square meter in some places, according to a study in 2000 by University of California researchers.

“Our findings suggest that the mitten crab is here to stay as yet another member of San Francisco’s evolving non-indigenous communities,” the study stated.

But, a decade later, the crab was nowhere to be found on the West Coast, with the last reported sighting in 2010.

Ruiz, who runs a lab and research group in the San Francisco Bay as well, said having a species once so abundant on both coasts fly under the radar for years — or go extinct — could be a first.

On the Delmarva Peninsula, a South American aquatic rodent that destroys wetlands, the nutria, has been virtually eradicated through a hunting program that began in 2002 and will complete its verification phase in 2019. There have also been nonnative species brought to the United States in the past that never got established and faded away, such as clams imported for aquaculture.

Efforts to control invasive fish, such as the blue catfish and snakehead, have hinged on their edibility, encouraging fishermen and consumers to catch-and-eat as many as possible. But they are not disappearing.

“The mitten crab is unusual because it was so abundant on both coasts, and it has a strong record of being an invader in many other parts of the world,” Ruiz said. “In the San Francisco Bay, there were hundreds of thousands caught in some years. So we’re really interested in trying to find out if people are seeing any of these crabs on both coasts.”

To that end, SERC’s invasions lab has been spreading the word. “Have you seen me?” reads one of the flyers circulating on social media with a photo and description of the crab. Others will be posted at fishing docks along the Chesapeake Bay with instructions for what to do if one is found: freeze the crab rather than throw it back, note the exact location where it was found and take as many photos as possible.

Photos and other information can be submitted to SERC’s Mitten Crab Watch website. The website was established soon after the first Chesapeake Bay sighting in 2005, and is still a good place to click through mugshots of the furry-clawed creature that members of the public have sent in over the years.

Researchers say that the mitten crab is easy to spot. The creature’s claws, covered with algae-like hairs, set it apart from the Bay’s other crabs. Other distinguishing features include four small spines along the front of a brownish-green carapace, which measures 3–4 inches across.

The crabs can be eaten and are grown on aquaculture farms in Asia for that purpose, but their small frames make them a lot of work for a small amount of meat.

It once seemed inevitable that the mitten crab would go the way of the blue catfish, the zebra mussel or the emerald ash borer, slowly but surely taking over an ecosystem to the potential detriment of native species, fisheries and infrastructure. But that doesn’t seem to be happening — and it could change researchers’ assumptions about invasive species.

“We tend to think about what the impact will be when it arrives, but population dynamics are unpredictable,” Ruiz said. “It doesn’t change our approach, but it broadens our perspective about what’s possible with how a species will play out in a location.”

Ruiz said another lesson from the mitten crab case is the importance of engaging the public. When an invasive species has just been introduced or possibly eradicated, research can benefit from a wide swath of people keeping their eyes peeled for it.

Almost all of the records of the mitten crab in the Chesapeake Bay were reported by the public, not scientists collecting samples. Now, researchers hope that crowdsourcing will help them close the case of the missing mitten crab, for good.

There’s a new resource for boaters who want to explore the Susquehanna River, but may

On the heels of the rainiest November in history, a dozen flood gates at the 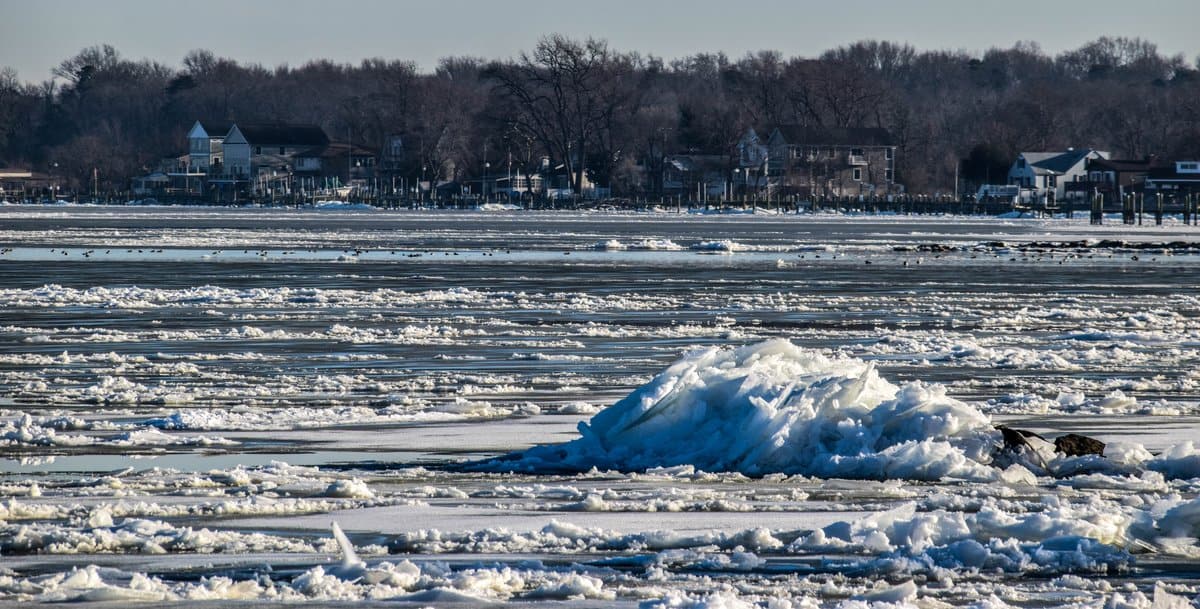 This week’s drastic temperature turnaround has left the Chesapeake Bay region with whiplash, as windchills