It’s a wild time of year on some Virginia rivers. Fish, larger than grown men, can be spotted leaping into the air—and boaters will want to keep an eye out.

On Monday, this correspondent spent an hour wade-fishing along the south bank of the James River opposite Curles Neck, 15 miles below Richmond. During that time, seven 5–6′ Atlantic sturgeon breached (leapt) clear of the water.

This prehistoric fish is a federally Endangered Species, previously thought extinct from the Chesapeake’s rivers where they once swam in abundance. 25 years ago, such an observation would have been unheard of. Now, in mid-September 2021, it is a commonplace—though still wonderful—experience. Our friend Capt. Mike Ostrander of Discover the James and his clients saw nearly a dozen that morning a couple of miles upstream. It’s also thoroughly possible to see sturgeon breaching from now through mid-October in the tidal fresh spawning reaches of the Pamunkey, the Mattaponi, and the Nanticoke (including its big northwest branch, Marshyhope Creek). A friend caught and released one from his pound net last week on the Rappahannock about halfway between Tappahannock and Port Royal.  He sees them every year now.

The breaching fish are ripe mature males. Gravid (egg-filled) females are larger (7-8’ long) and considerably heavier, so they can’t launch themselves clear, but they show up on sonar and, with their mates, deliver eggs that will develop into the perfectly-formed 6” young-of-the-year that researchers will catch later on.

The breaching sturgeon are large and powerful enough to clear the water by a full body length. These breaches are stunning sights—at a respectful distance. You don’t want one to land in the boat with you. Be watchful and run at no more than modest planing speeds if you’re operating a boat in the spawning reaches of these rivers for the next three weeks, at least. A high-speed collision with an airborne sturgeon would ruin your whole day.

For sturgeon researchers, this is high season for capturing spawning fish, many of which turn out to be previously tagged return spawners, and for tagging “new” fish.  Studying patterns of returns and growth rates helps us all understand these iconic fish better. Many tags contain radio transmitters that allow the researchers to follow fish through the year as they move up and down their home rivers, the open Chesapeake, and the Atlantic coast.  Dr. Matt Balazik at the Rice Rivers Center of Virginia Commonwealth University reports from the James, “We got some great sidescan images the other day at Osborne [Landing and Park]; we are doing the usual mark/recapture work and also putting a few telemetry tags in males and females.”  Follow his work on the James River Sturgeon Facebook page.  Dr. Christian Hager of Chesapeake Scientific, LLC reports from the Pamunkey that the period between September’s full moon and the autumnal equinox (that’s right now!) is peak for the largest spawning push in the Pamunkey.  You can follow that research on the York River Sturgeon Facebook page.  Maryland’s Department of Natural Resources offers its Sturgeon Conservation page for the Nanticoke.

In 1970, we all thought that both Atlantic sturgeon and bald eagles were on the way out.  Today, both species offer remarkable stories of restoration, frequently on the same waterways.  Go see them, but be careful out there. 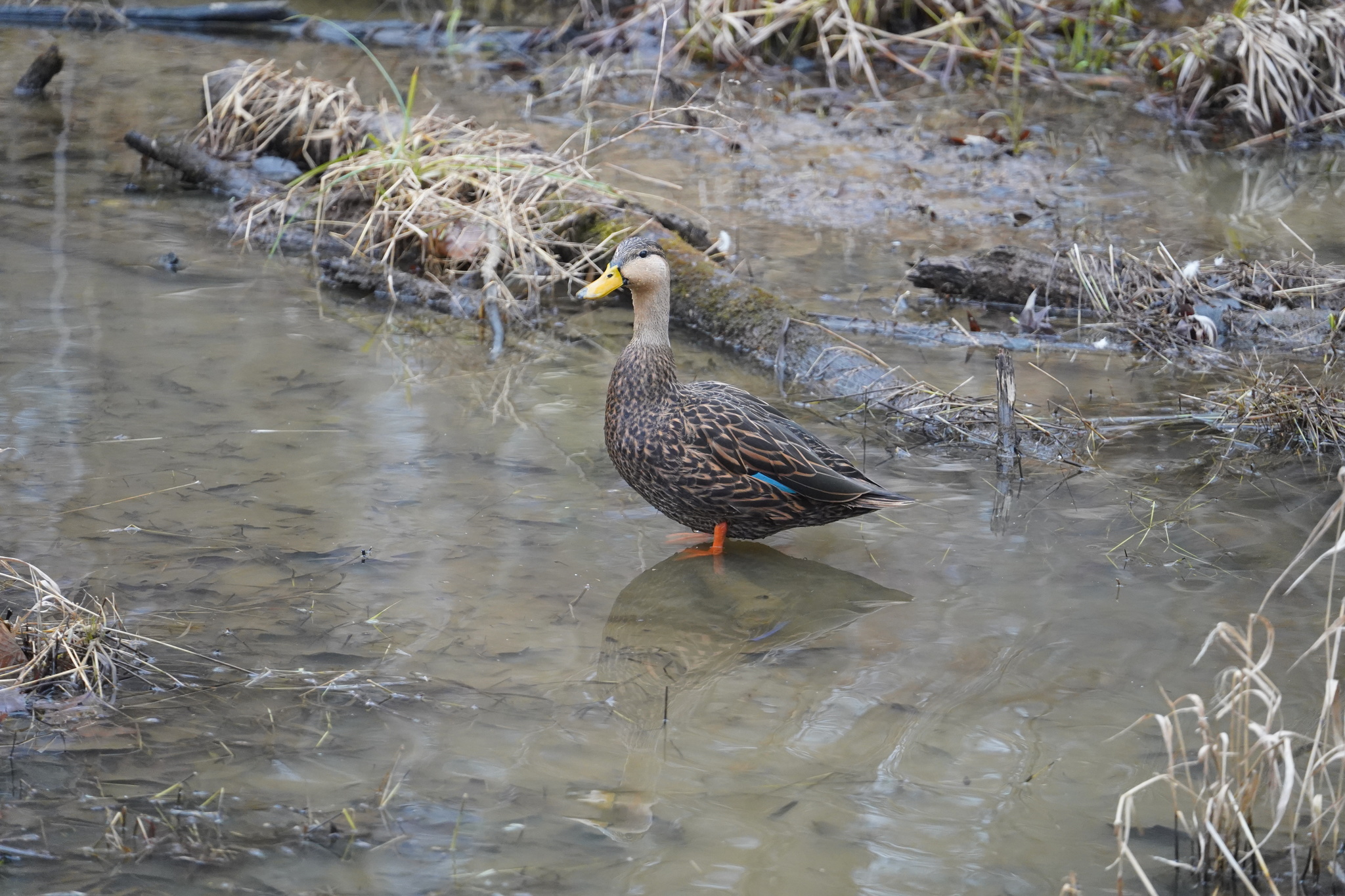 Not a Mallard: Lookalike Duck Species Spotted in Md. for 1st Time

Thanks to a sharp-eyed bird-watcher at the C&O Canal, Maryland has a new duck species.