It’s no surprise that in 2020, when being outdoors was the best way to spend our free time, people were itching to get out on the water.
Be it seasoned boaters who could cruise the Bay while working from home, kayakers and SUP enthusiasts able to take daily paddles instead of commuting, or folks brand new to boating altogether—the surge in boating at all levels over the past
18 months has been nothing short
of historic.

During the summer of 2020, boats were flying off the shelves (so to speak), pushing boat dealers’ inventories down to sometimes nothing, and forcing new-boat production times to historically long waits. According to the National Marine Manufacturers Association (NMMA), more than 310,000 new powerboats were sold in 2020, an estimated 12 percent increase compared to 2019—both levels that the recreational boating industry has not seen since before the Great Recession in 2008.

So, what could be better than an historic boat-buying boom? The fact that the new buyers are younger and ready to bring friends and family to boating as well. This is a source of excitement to the industry, where there has long been an aim to get younger people involved in boating.

According to Takemefishing.org, a national nonprofit that aims to get people (especially families) out on the water, this new generation of boat buyers “participate for relaxation and family time; are highly social in person and online; are younger, more urban and more diverse; and bring their kids into the sport.”

The Maryland Department of Natural Resources reports that the number of registered boats for owners under 40 rose by just over 2,355 vessels, a 13 percent increase from 2019. Similarly, registrations for people under 50 rose by 4,300 vessels, an increase of 11 percent. Meanwhile, numbers of registered boats to owners in the 50-to-65+ age ranges decreased in similar numbers over the past three years.

An even better one-up? Women are often taking the lead. According to NMMA, the number of first-time boat buyers reached 415,000 in 2020. These first-time buyers are 1.5 times more likely to be female than other groups, and are also younger on average.

Katy Haukebo is one of them. Haukebo, 37, along with her husband and three kids, ages 6, 4 and 1, bought a new-to-them Chaparral 215 SSi last July. The couple, who recently moved from Baltimore to Edgewater, Md., had been talking about buying a boat since they met in 2006, but Haukebo says the tipping point was the pandemic. “We have three young boys who have always been outdoorsy, adventurous, active kids, and not being able to go anywhere or do anything made us all a little stir crazy. Being on the boat was a way for us to get out … and feel like things were normal again.”

While Haukebo and her husband grew up boating on inland lakes, Katy Did is their first family boat, on which they like to cruise around and explore, “and hope to make some friends to raft up.” As for the boat’s name, says Haukebo, “we polled our friends on Facebook and this was one of the suggestions. We ultimately went with it because I did all the work of finding and researching the boat, marina, etc.”

The couple had to act fast when they found the right boat, Haukebo says. “We had already decided we wanted a used boat with a little cabin so the kids could rest and nap out of the sun, and something that wasn’t so big that we wouldn’t be comfortable driving and docking it.”

Speaking of the Right Boat

Other factors that help attract a younger crowd are that today’s boats are simpler to use, and access to information on boating skills and maintenance is a lot easier to come by. “You don’t have to be a yachtie to know how to operate [a boat],” says CBM publisher John Stefancik. These days, he adds, “you need to get some basic experience and maybe you take a class or two and you can just jump right in.”

Mark Schulstad, owner of Pocket Yacht Company, which sells Ranger Tugs and Cutwater Boats, agrees. “It seems like some of the designs of boats have reached out a little bit to younger people—they want to fish and do water sports, whether it’s skiing, tubing, family activities, just being on the water overall.”

“Twenty, thirty years ago, I kept trading people up into these big motor yachts…then it got to the point where people were downsizing all the time,” says Schulstad. Some people were aging and their bigger boats were too complex. But other buyers, after owning center-consoles and open boats, now have families and want to know, how many kids does this boat sleep? And how many heads? “I think they’re really discovering boating like it was in the past,” he says.

The New School Gets Schooled

Another shift in the boating market (albeit not just in the past year and a half) is the increase in learning opportunities available to both new and seasoned boaters. From boat show seminars to semester-long courses, and even minutes-long YouTube videos, novice boaters now have knowledge at the tips of their fingers, and aren’t afraid to use it.

“Our offices are here with our sister company, Annapolis School of Seamanship, and they have a line out the door of people who want to come in and learn about various subjects,” says Stefancik. “They’re not shy about saying, ‘Hey, I want to take a class.’ And I think in the old days, well, nobody took a class.”

That’s to say nothing of looking on YouTube. Before you scoff, remember that nearly every manufacturer, dealer, boating magazine, club, or boating association you can think of has videos on YouTube, covering basic maintenance, boating news, boat reviews, you name it.

In addition to classes in person and online, dealers are here to help. Whereas once you might have bought a boat and been handed the keys with a congratulatory handshake, now you can be given quite a bit of training. For buyers at Schulstad’s Pocket Yacht Company, “we offer up to three days of orientation,” he says, which can include “one day of kind of dockside, with all the systems and components and demonstration of all the equipment that is working properly. And from there, it’s a sea trial and showing them the proper way to trim the boat … and then evolves into talking about tying up the boat properly, and all those sorts of things.”

For those who can’t afford a brand-new boat, or weren’t able to find the perfect used boat during the COVID boom, boating clubs have become increasingly popular. Freedom Boat Club, which has outlets around the country, including several locations in Maryland, Virginia, and D.C., saw the surge in membership firsthand. Since May 2019, Freedom memberships
have grown by 61 percent across its 250 locations. Not to mention, the average Freedom Boat Club member
is almost three years younger than the average Brunswick boat buyer. (Brunswick acquired Freedom Boat Club in 2019.) And in 2020, women represented 35 percent of the membership base at Freedom.

For boating club members, getting out on the water is simple, and it eliminates the tedious parts of owning a boat, including maintenance and slip fees. But that’s not the only type of club hoping for a younger membership. Yacht clubs around the Chesapeake are vying for younger members who will bring friends and family along with them, and are putting more emphasis on social activities along with racing and cruising.

Koralina McKenna, 33, has been a member of the Annapolis Yacht Club since 2018, just before the club opened its vast new facilities along the Annapolis waterfront. She and her husband James, 39, have been a part of the sailing scene since their early 20s, but were the first of their close friends to join AYC. “I felt like my husband and I sort of broke the seal with our friend group,” says McKenna. “We joined and since then I think we’ve had six of our close friends join. For about a year there was just us.” But now, she adds, “I feel confident that I’ll run into another young person that I know.”

The Annapolis Yacht Club has been quite successful in gaining new members under 35, which includes a lot of families with young children. “So now the question is, ‘We have all these young people, and how do we get them to be involved?’ ” McKenna says. AYC now hosts family-friendly activities such as dive-in movie nights, an Opti Mom regatta for moms who sail dinghies, and plenty of other social activities for kids and parents at the club’s new facilities, which include a Youth Club room, pool, and activity center in addition to its new sailing center.

But other young members are there to make sure it’s not just families represented on the young boating front. AYC has a very active cruising fleet, says McKenna. “I’m on the committee specifically to represent people under 45 that don’t have children.” In addition to regular happy hours and cruises, she adds, “we started a lot of activities for day boats to come and hang out … so they can still get home in the afternoon and sort of get that glimpse [of the cruising boat life].”

Between low lending rates, accessible learning opportunities, and a pandemic that urged people to an active outdoor lifestyle, new, younger boaters will likely continue to enter the boating world. And as younger folks often do, they will likely come up with new and exciting ways to share the sport. Publisher John Stefancik agrees. “Boating is more accessible than ever,” he says. Let’s all hop on board and enjoy the ride.

Editor-at-Large Ann Levelle lives in Annapolis with her family. They missed last year’s boat boom due to low inventory on the used boat scene, but are still enjoying their 13-foot Whaler and Optis for the kids. 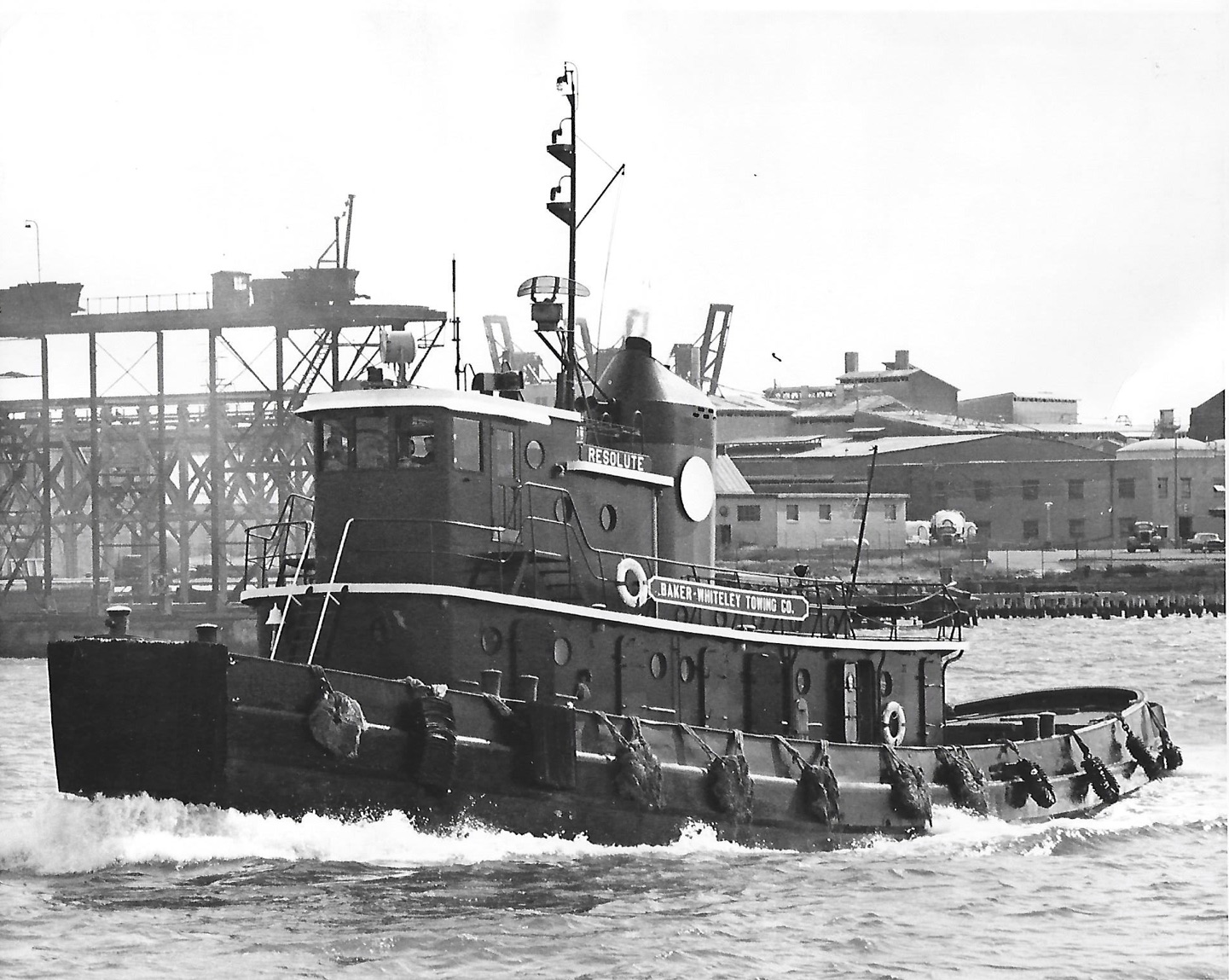 Best Of The Bay 2017 Photo Contest