Wes Seigler was a hard man get to the day after the New Product Showcase winners were announced at the International Convention of Allied Sportfishing Trades (ICAST), the world’s largest sport fishing trade show held last week in Orlando. And understandably so. For the second year running, a Seigler reel was named best in show in the fly reel category.

Seigler, the founder of Seigler Reels based in Virginia Beach, was good enough to carve out a few minutes to chat with CBM’s Bay Bulletin. Beaming with enthusiasm, he attributed the wins to his great team and loyal customers. Later, Seigler’s post on his Instagram account (@fishseigler) reinforced this: “We can’t believe we did it again! I want to thank everyone that has believed in us and our products.” He also shared with me that when the big moment came, he and his crew were back at their hotel. So, Annapolis-based AllTackle owner Keith Frasier helped out and accepted the trophy.

For nearly a decade, Seigler and his team have sweated the details to design and build innovative and very reliable conventional and fly reels. (See Made on the Bay: Reinventing the Reel, CBM April 2018) One of the keys, according to their website, is “eliminating unnecessary pieces that are often the cause of performance issues and failure and overbuilding every component to make a reel that is always up for any fight you choose to pick with it.” All Seigler reels are made in the U.S. using components also made in the U.S. Seigler and his team are customer-driven, taking suggestions on design from anglers and guides. They purposefully make a reel that’s easy to service and maintain, either back at the factory or by the customer. In fact, they encourage anglers to do just that.

Now it in its 60th year, ICAST is produced by the American Sportfishing Association (ASA). It’s the Super Bowl of the sport fishing industry with representatives from all over the recreational fishing world. I talked with folks from China, Australia, and the Netherlands who came to check out the hottest new tackle, rods and reels, gear, accessories, and apparel. ICAST sets the tone for the upcoming year in fishing product sales, a substantial economic driver. According to the ASA’s most recent survey, recreational saltwater angling generates $18.3 billion nationwide.

In the New Product Showcase, more than one thousand products were entered by 303 companies in 29 categories.

Seigler’s #madeonthebay ICAST achievement is impressive, and it couldn’t have happened to a better bunch of people. 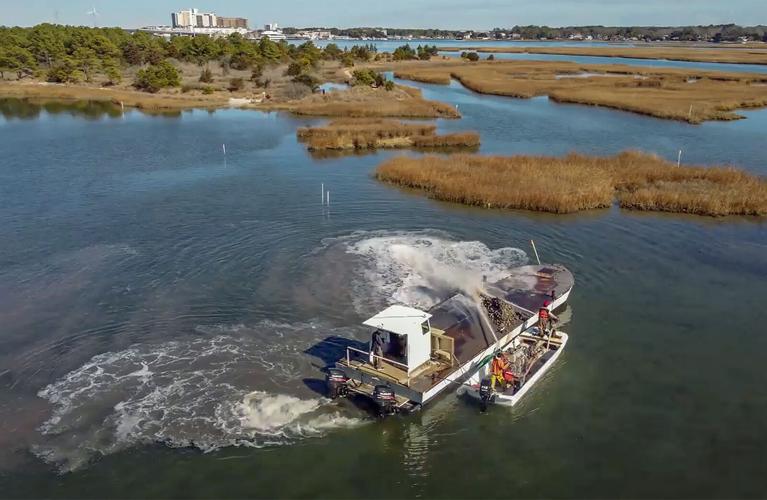 By Timothy B. Wheeler, Bay Journal News Service Back in the spring, Lynnhaven River Now

Chances we will get an above-normal hurricane season are now higher, thanks to the end