Get a return on your travel investment with these hands-on workshops. It’s like summer camp for adults.

We know—weekends are for boating. That’s why we live by the Bay! But sometimes you want to mix things up, try something different, maybe even learn something new. Here are some great options for weekend (or longer) getaways that indulge your other hobbies.

Build a Wooden Boat in Annapolis

Building your own boat is easier than you think, says John Staub, CEO of Chesapeake Light Craft. The Annapolis-based company has been creating innovative DIY wooden boat kits for more than 30 years—everything from kayaks and canoes to dorys and wherrys, even teardrop campers, their best seller of late. Each kit is designed so it can be assembled at home, but their hands-on workshops have also been a part of the process from early on. “There are a certain number of people that just enjoy building boats, but there are also a huge number of people that love boats and always wanted to do something like that,” Staub says. “We provide that opportunity for them.”

CLC often works in conjunction with WoodenBoat School, based in Brooklin, Maine. “We send folks up to WoodenBoat School to teach wooden stitch-and-glue boat building, and they send folks down here to teach,” explains Staub. While they offer classes around the country, including at WBS and at the Northwest Maritime Center in Port Townsend, Wash., the majority of CLC classes take place in a workshop connected to their showroom in the Annapolis Design District.

The five- to six-day small-group workshops include the kit itself, with all of the materials, and the chance to work under the guidance of instructors in their workshop, alongside other participants who are making their own boats. Classroom days run from 8 a.m. until 5 p.m. or longer; most projects take 40–50 hours per week, Staub says. But it’s not as complicated as it sounds. “You’d be surprised how little equipment is needed,” he adds. “We design it, put it into 3D models, put it into 2D, and then we cut the parts out, so when they go together they look like they’re supposed to.” For equipment, “you
just need the need the basics: a hand saw, a sander, a mixing cup, and
some brushes.”

At the end of the workshop, you leave with your finished craft, and instructions on what to do at home if it needs any finishing. As for getting it home, the boats are light enough to trailer home, or even forego the trailer entirely. “Most of our boats will fit right on top of the car.”

Create an Heirloom Table in Chestertown

Have you ever dreamed of making a piece of heirloom-quality furniture, the kind you can pass down for generations? If so, you’re not alone. Enter Robert Ortiz, who has been crafting striking contemporary tables, dressers, and sideboards inspired by Shaker and Japanese traditions for 35 years. He shares his skills and equipment in hands-on 3- or 5-day workshops that take place in his woodworking studio in Chestertown, Md.’s arts district.

Ortiz got into workshops in 2014, almost by accident, when his dentist offered to barter services for instruction on how to make a table like the ones Ortiz displays and sells in his showroom. “He said, I would be willing to charge you less if you would guide me though making this.” Over nine weeks of half-day sessions they finished a table. “I thought, Well gee, maybe this actually is a viable way of doing it.”

That initial experiment has turned into the Chestertown Vacation Workshop, a hands-on master class with Ortiz. The five-day workshops run from Thursday through Monday. You’ll work one-on-one with Robert as he guides you through process of building a piece—either a coffee or end table with a glass or wood top, using the same designs and equipment he uses for the furniture in his showroom. (Ortiz also recently introduced three-day worksop, where students complete a cherry-wood table.) Each class comes with a syllabus that students can peruse beforehand to prepare, along with a copy of his book, Creating a Fine Art Entry Table. When onsite, you’ll follow his schedule, starting at 8 or 9 a.m. and working through until 4 p.m., with a break for lunch. In the evenings, explore Chestertown on your own, and get a sense of why this historic waterfront town has been charming visitors since the 1600s.

The workshops draw from all over the country; he has local students, but he’s also had people come in from New York, Vermont, and California, checking in to a local inn or Airbnb for the duration. He paused the workshops for a year during the pandemic but restarted them in May 2021. “Much to my surprise,” he says, “people seem even more interested in them now than before COVID.”

Ortiz puts his own work aside to attend to his students. “When they’re here… I don’t answer the phone, I’m with them every step of the way. That’s why to a certain extent what I offer is really unique.” And if you don’t know a table saw from a drill press? No worries. “About a third of them have never done anything in wood,” he says. “My goal is to have an experience, to learn to make something that I would put in my showroom”

And if you slip up? “There’s not one mistake you could possibly make that I haven’t made 20 times. I’m here to help you avoid that.”

Craft Your Own Whiskey in Frederick

Cocktail classes are fantastic. But if you want to go deeper into the craft of distilling, either as a serious enthusiast or if you’re considering getting into the commercial distilling business, head to Frederick, Md., for a day-long Distilling 101 workshop at McClintock Distillery. The distillery has won a slew of awards, including Best Distillery in Maryland by the NY International Spirits Competition, and Best Craft Vodka Distillery and Top 10 Gin Distillery in the country by USA Today. But this class is all about whiskey, taking you onto their production floor for some serious education.

Unlike home brewing, distilling requires specialized equipment, so most serious instruction (such as the six-day Distiller Course at Kentucky’s Moonshine University) is aimed at professionals. That was the impetus behind this class, says McClintock’s co-founder and head distiller Braeden Bumpers. “Oftentimes these classes are only aimed at commercial distillers. We wanted to make something that’s more approachable and a good entryway to learn about distilling.“

The goal of the daylong workshops, which are offered five or six times per year, is to “understand distilling from start to finish—from a biochemical, theoretic perspective but also hands-on practical as well,” says Bumpers. “Some of the people are coming in to see how feasible it would be to start a commercial craft distillery; some of the people just want to know more, both on fundamentals and tasting. Understanding how [whiskey is] made will help make better decisions when at the liquor store next time.”

The class starts with a breakfast of coffee and donuts, and gets into fundamentals and basic biochemistry in the tasting classroom. After lunch, you go into the production area for hands-on interaction in the whiskey-making process. At the end of the day, you go home with a two-liter cask of whiskey to be aged at home.

“For the theoretic stuff, you can read books,” says Bumpers. “But nothing compares to tasting from the still—determining how to identify impurities and compounds, a lot of sensory stuff that you don’t get a chance to learn on your own. The value of tasting cut points, you can’t beat that.”

Braeden’s favorite part comes at the end. “Tasting is how we do all of the final decisions in blends. At the end we talk about barrel aging, and how it changes the whiskey. We do a vertical flight of 3 months, 6 months, one year, 3 years, so you can really taste the process. Everything we try to do for the class is something you wouldn’t get to do any other way.”

The class draws people from the Mid-Atlantic and Northeast, and they’ve had international students from as far as South Africa and the Philippines. Make a weekend of it by staying at 10 Clarke, a historic inn within easy walking distance of the distillery.
Learn more at mcclintockdistilling.com/classes.

Susan Moynihan writes about travel and food, and is the author of 100 Things to Do in Annapolis and the Eastern Shore Before You Die. You can find her on Instagram at @susanmoynihan. 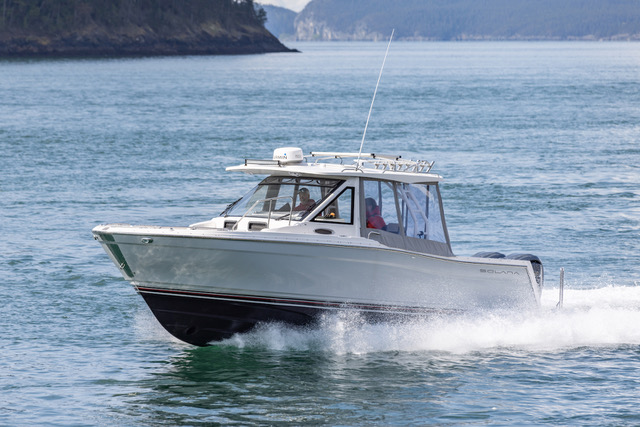 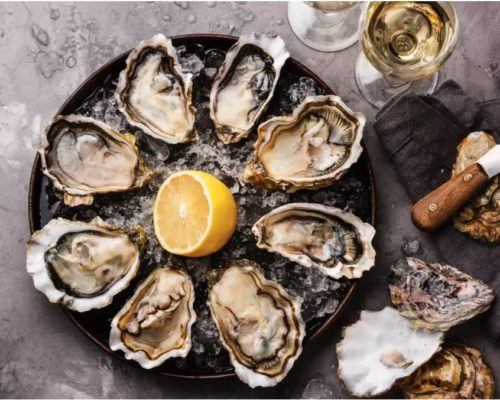 All Aboard for Oyster Season

by Jefferson Holland You never know where creative people get their inspiration. In one case,

Hunting for tarpon on Virginia’s Eastern Shore By Capt. Chris D. Dollar On a rain-soaked